Sun Valley Potato Growers, Inc. has 15 growers in Southern Idaho, supplying approximately 280,000,000 pounds of Norkotah and Russet Burbank potatoes each year. The potatoes are then packed and sold on the fresh market. By owning our own fresh pack processing plant, customers, staff, and members all see the results of the success! 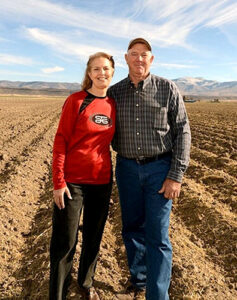 Randy Hardy of Hardy Farms is a lifelong resident of Oakley, ID. He is a second-generation farmer, who bought the 200 acre farm he was raised on from his mother in the early 1970s, after his father passed away. He is currently starting his 48th year of growing potatoes! His son Ben, and his family, are working on the farm. Randy and his wife, Karlene, have five children and 27 grandchildren, who all lend a hand in some way.

Randy is a proud Idaho farmer because there is a great deal of satisfaction in growing crops that help feed the world, and nothing teaches the value and reward of “hard work” more than growing up and working on a farm. He likes potatoes in any form, but his favorite is loaded, skin-on mashed potatoes. Read more about Randy and Hardy Farms in Spudman Magazine. 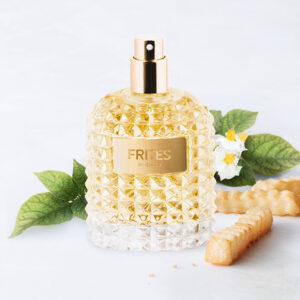 Forget spices and jasmine. The makers of a new perfume say they’re using the scent of something truly irresistible: French fries.

Frites by Idaho is the limited-edition fragrance available only on the Idaho Potato Commission’s website. 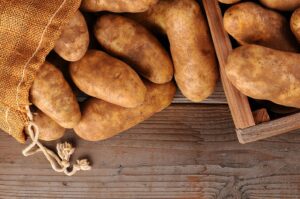 There are an estimated 4,000 varieties of potatoes! Many grow successfully in Idaho’s high desert climate — especially the hearty russet! Sun Valley Potatoes, Inc. produces two kinds of Russet Potatoes, the most popular being The Russet Burbank. The original “Burbank” was discovered in the 1870s by Luther Burbank, and is characterized as having a russet (or rough) skin type. It is the most cultivated potato in the USA, especially in the Pacific Northwest. Its two major uses are for making French fries and baked potatoes. The Russet Burbank is considered the best potato for frying! Read more about The Russet Burbank at CropWatch.com.